The industrializable model has been validated by experts from the Parc Taulí hospital in Sabadell (Spain).

They hope to create 50-100 units a day over the next week (week of March 30th). Respirators are, in full emergency for the Covid-19, an essential asset in all hospitals. "The ability to produce this industrially is very important at the moment," says the State delegate to the CZFB, Pere Navarro. 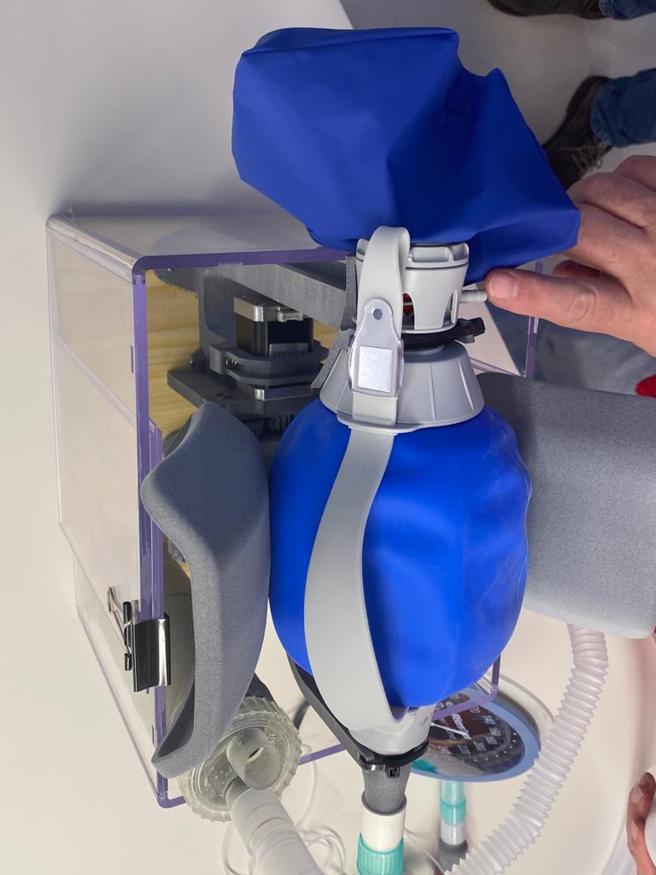 "It can save lives," says Manel Balcells, the health commissioner at the Leitat technology center. “It comes at a critical moment due to the high demand for respirators when the traditional market is not enough. It is campaign, simple, but it allows to intubate for three or four days, ”adds Balcells, who is also president of the advisory council of the Healthcare Department.

The design of Leitat 1, name of the new respirator, has been under the supervision of the senior engineer of Leitat Magí Galindo. Lluís Blanch, the Innovation director at the Parc Taulí hospital in Sabadell and an expert in mechanical ventilation, has medically validated it. Its design and components have been simplified as much as possible to achieve a robust, useful and less complex medical device to make its production and assembly easier. Without new technologies it would be impossible.

The production of this vital material in the midst of the coronavirus pandemic will be carried out in the facilities of the CZFB, which has recently launched an incubator for companies dedicated precisely to 3D printing. "This public-private alliance has taken place so quickly because we are already working together on these aspects," says Pere Navarro.

HP production teams will also be available, as well as the collaboration of Airbus and Navantia, who have also joined this public-private project. In addition, it will have the support and production capacity of users and maker communities, with the aim of increasing the number of manufacturing in the coming days.

“We think that we can join other companies to expand production capacity. We believe that we can solve a good part of the problem ”, Navarro ambitions. In addition to manufacturing, we are already working on the distribution of respirators. "We are talking to distribution companies throughout Spain, Correos has already offered," he says. Cares, also a resident of the Free Trade Zone, will be in charge of the assembly and packaging.

On the other hand, while the new respirator is already being manufactured in the Free Zone, the team of developers is already working on Leitat 2, which will further adjust to the requirements of the Agencia Española del Medicamento.