Beware of the second wave of COVID-19

9 Apr, 2020
In The Lancet, Kathy Leung and colleagues report their assessment of the transmissibility and severity of COVID-19 during the first wave in four cities and ten provinces in China outside Hubei. The study estimated the instantaneous reproduction number in the selected locations decreased substantially after non-pharmaceutical control measures were implemented on Jan 23, 2020, and has since remained lower than 1. The transmission of SARS-CoV-2 in these locations was mainly driven by imported cases from Hubei until late January, which is, to some extent, similar to the transmission in January in several countries. The epidemics in Chinese provinces outside Hubei were believed to be driven by local transmission dynamics after Jan 31; therefore, the findings of Leung and colleagues' study highlight the fact that the package of non-pharmaceutical interventions in China has the ability to contain transmission—not only imported cases, but also local transmission. The epidemic is accelerating rapidly in multiple countries, indicating shortfalls in preparedness. Given that multiple countries imposed travel restrictions against China in late January, there is a need to model whether earlier implementation of interventions such as social distancing, population behavioural change, and contact tracing would have been able to contain or mitigate the epidemic. 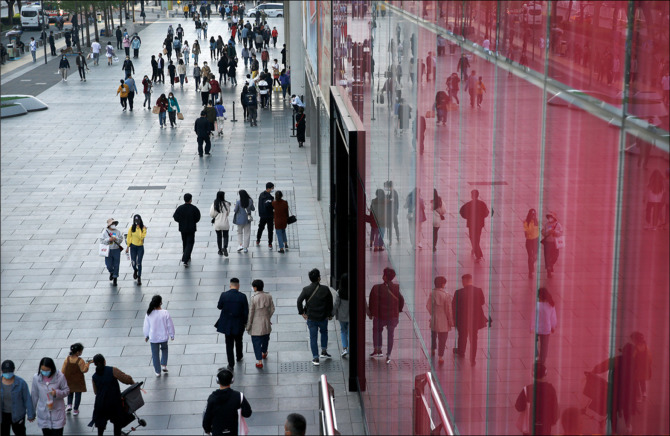 Leung and colleagues also modelled the potential adverse consequences of premature relaxation of interventions, and found that such a decision might lead to transmissibility exceeding 1 again—ie, a second wave of infections. The finding is critical to governments globally, because it warns against premature relaxation of strict interventions. However, the effect of each intervention, or which one was the most effective in containing the spread of the virus, was not addressed in the study. While interventions to control the spread of SARS-CoV-2 are in place, countries will need to work toward returning to normalcy; thus, knowledge of the effect of each intervention is urgently required. Air travel data were used to model the effect of travel restrictions on delaying overall epidemic progression, and were found to have a marked effect at the international scale, but only a 3–5 day delay within China. A study focused on the effects of extending or relaxing physical distancing control measures in Wuhan has suggested that if the measures are gradually relaxed in March, a second wave of cases might occur in the northern hemisphere mid-summer. Country-specific models of the effects of travel restrictions and social distancing, as well as the alternative strategies after the relaxation of these interventions, such as the use of face masks, temperature checks, and contact tracing, are now needed.
Click here for reference